Precious and semi-precious stones have their own share of importance from that era when spiritual, physical as well as emotional healing had no signs of existence. These gem stones are actually the healing stones which when used under the guidance of a professional can prove out to be the best treatments of all.

This ancient therapy of curing the diseases is very well acknowledged across the globe even today. Focusing on the ancient stories of these healing stones, it has been known that these stones were not only used for health purpose but even used in powder form to color clothing and textiles. In addition, some of these common crystals were also painted on the skin for certain religious ceremonies held at that point of time. Nowadays, you can get such varied crystals from one of the premium manufacturers – Alakik‌ ‌Universal‌ ‌Exports‌ ‌.

People from ancient age till today have evolved a strong belief of these healing stones as the positive results of using it apparently gave them a reason to believe about its authenticity as a whole. These crystals or chakras that are available at Universal Exports have varied attributes and gradually people noticed and identified the difference amongst them that helped in curing different diseases.

According to the birth-month of people, the gems have been grouped and categorized accordingly. Depending on that, birthstone jewelry is made as per the related stone of that particular month. Let’s throw some light on some of the stones that are used even today for healing purpose:

Likewise, there are hundreds of such stones available at Universal Exports that have varied healing qualities. With such a wide range of chakras as well as their healing qualities, they have attained a great level trust amongst the people which makes them use it for various purposes in day-to-day lives.

Hence, considering it in today’s time, these gemstones have even become a delightful expression to give as well as receive them in form of gifts. Gifting such crystals is a great way to render that emotion of care and that you really expect well-being of the counterpart. One can resort to Universal Exports to gratify this emotion at its best.

Catering to these requirements of today’s generation, Universal Exports makes sure to provide all such one-to-one needs and demands of the people. One of the biggest gemstone providers, Universal Exports is known to stand concrete at the customer’s requirements by enhancing their capabilities to meet the required demands within a stipulated period of time. 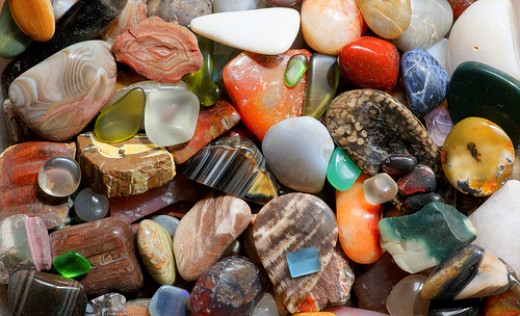 There’s no second opinion towards the magical advancements done by human. Indeed, it is valued to the core and people happily taste its fruits in today’s life. Yet, there are still many things of old age that have been retained and are not abandoned by the mass. As the famous proverb says, “Old is gold”, there are certain things that have increased its value over time.

With medicine getting so advanced, people have a relief as compared to earlier times. Man’s contribution has bestowed cure to almost every diseases which were once considered as incurable. Above all this, people still have faith on certain old and natural treatments as they have experienced its viability in day-to-day lives. One such prominent treatment which people follow even today is usage of healing stones. With the introduction of technology, there have been great advancements in these stones too but, these healing stones have always been at rescue to the ailing health of people since years and even today.

If you are one of those believers in healing stones, Alakik‌ ‌Universal‌ ‌Exports‌ ‌ is here to serve you with all your needs. With the presence of new age healing crystals, Universal Exports has become one of the major manufacturers of healing stones all over India. The healing stones or crystals are known to lighten stress, cure various diseases, boosting creativity, as well as in enhancing physic powers. The belief that the new age healing crystals carry – of having a subtle power, is very much true wherein the level of energy produced by these crystals vary from one type to other.

But, depending on your need, Universal Exports makes sure to fulfill your demands along with providing the best of the guidance related to these stones. These new age healing crystals have really maintained the trust of millions as they are expected to treat a number of life taking diseases like:

With such a big number of threatening diseases being cured by the healing stones, it is obvious for people to believe in them. Universal Exports understands this and hence makes it a point to deliver the best of the crystals demanded by the people all over India. With constant supply of large number of new age healing crystals, Universal exports has earned a great name and has become one–stop destination for healing stones requirement. If any individual is looking forward to some particular crystal for healing his ailment, Universal Exports is the best place to resort to and get treated from roots through these new age healing crystals.